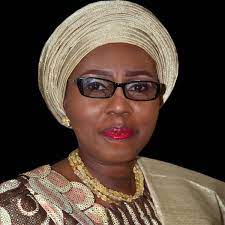 BEMORE, an initiative of the Wife of Ondo State Governor, Chief ( Mrs ) Betty Anyanwu-Akeredolu which aimed at bridging the widening gap in STEM+E ( Science, Technology, Engineering, Mathematics and Entrepreneurship).

A platform created for young girls to triumph and rule the world.

Aiyedatiwa, while thanking and celebrating the founder and initiator of the annual programme declared it as ” wonderful initiative”.

His words, “the testimony from past beneficiaries and all the speakers at this event alluded that the initiative has been impactful in no small way in the lives of the benefactors” .

“I want to thank you, Ma for exposing these young ones at early age to a global trend that is currently driving the advance economy of the world today” .

“The trend is knowledge based economy” , he declared.

Explaining further, the Deputy Governor said, “what you have done with this initiative is to expose our young girls to this great trend that will make them to be more than what they do” .

“And all that’s required is for us all to stand by Arabirin on this laudable initiative to greatness” , he appealed.

While welcoming guests, supporting partners and participants, Arabirin Akeredolu called for more special opportunities for women in the Country.

“We set out in 2017, to give to this generation of women opportunities that my own generation lacked ; to plug the widened and widening gender parity gap in Science, Technology, Engineering Mathematics and Entrepreneurship ( STEM+E ) by empowering young Nigerian girls in critical areas of science and technology as we create opportunities to improve on their lives and contributes to the socio-economic development of their respective communities” .

She thereafter challenged the participants of this year programme on the need to be tech-oriented Nigerians that sets their sights on growing scale and thrive.

“To my incoming BEMORE girls, those who came ahead of you are the BEMORE’s brand ambassadors” .

“The wonderment they have been doing with the skills instilled in them through BEMORE are sufficient selling points that signpost the efficiency and efficacy of the boot camp”, she disclosed.