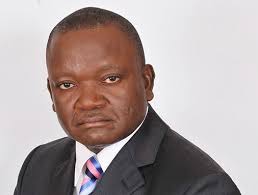 Benue State Governor, Samuel Ortom, on Tuesday, expressed the conviction that like the June 12, a government will come and accept ranching as the best practices for animal husbandry.

The governor expressed this when he played host to the leadership of Correspondent chapel at the Conference room of the government house, Makurdi.

He noted that there was no way the country would survive the practice of open grazing of animals, which had been a menace in the country.

The governor said, “It is annoying to see cattle blocking the federal high way, there are occasions when my convoy would have to wait for cattle in Abuja to pass before we can move.

“On the issue of open grazing, we have now become a model, because, I think that this is the best approach to end the farmer/herders clash.

“Just like June 12 was rejected and later accepted where the major actors, the late Abiola and Kingigbe, were honored, the same way, our anti-open grazing law will one day be accepted in this country as the best way for animal husbandry.

“I don’t see us surviving open grazing in Nigeria because we are not in an animal kingdom.”

Tell my mother I was unarmed