APC NEC to Buni-led Caretaker Committee: ‘Carry Go, you have returned our party to winning ways’ 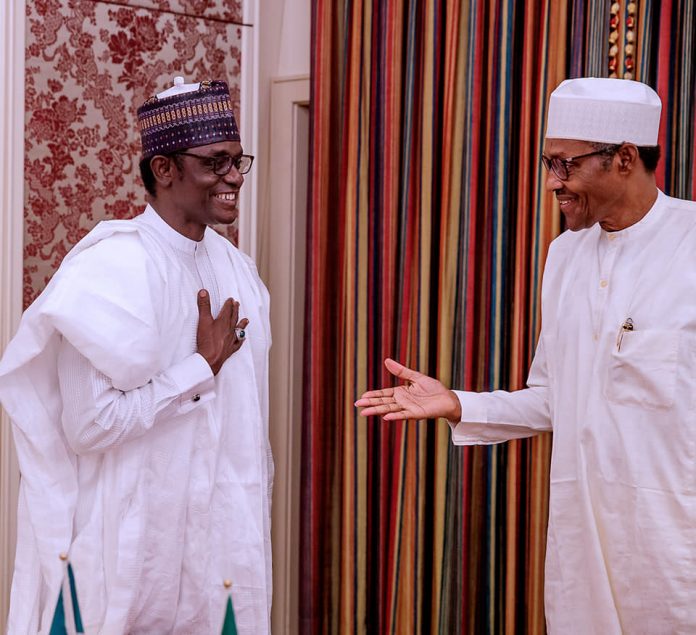 This is sequel to an earlier passed confidence vote on the APC Caretaker Committee by 36 State APC Chairmen, including the Federal Capital Territory.

“Our concerns and recommendations are borne out of our collective desire for a more viable and prosperous APC… We wish to reaffirm our confidence in your ability to contribute meaningfully in salvaging our beloved party and return it to the fast lane of electoral victories.” The Non-NWC NEC member’s position paper read.

At the meeting held at the Party’s national secretariat, it was disclosed that the Chairman of the APC Caretaker/Extra-Ordinary National Convention Planning Committee, Governor Mai Mala Buni, is already working with the President Muhammadu Buhari-led APC administration to urgently address the reward system for dedicated and loyal party members, particularly on appointment of deserving party members into several boards, agencies and parastatals of government.

He informed NEC members that Governor Mai Mala Buni proposed the recently-inaugurated tripartite Executive/Legislative/APC consultative Committee which is ensuring synergy, good governance and accelerated implementation of the Next Level agenda.

“Governor Mai Mala Buni at our last meeting with the Vice President, Prof. Yemi Osinbajo spoke boldly on the issue of the reward system for deserving party members.” Udoedehe told the NEC members at the consultative meeting.

Osinbajo is Chairman of the tripartite Executive/Legislative/APC consultative Committee.