APC on Onochie’s nomination: PDP members are commissioners in INEC 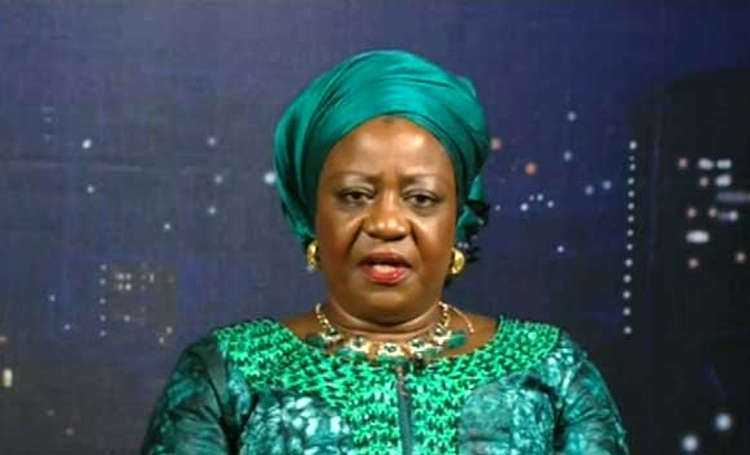 The ruling party said this in response to the criticism that has trailed the nomination of Lauretta Onochie, a presidential aide, as a commissioner of the electoral umpire.

On Tuesday, Senate President Ahmad Lawan read a letter by President Muhammadu Buhari requesting the senate to confirm Onochie as an INEC commissioner.

But many have questioned her partisanship because she is a member of the APC.

In a statement on Friday, Yekini Nabena, APC deputy spokesman, said the concerns of partisanship are being raised by the PDP.

“Perhaps the PDP needs to be reminded that one of its card-carrying members, Dr. Johnson Alalibo is the current Edo State Resident Electoral Commissioner (REC).

“Alalibo who was also a former Deputy Whip in the Bayelsa state house of assembly has been an electoral asset to the PDP but that is an issue to be addressed another day.”

The deputy APC spokesman asked the senate to ignore “PDP’s grandstanding, cheap blackmail, baseless and subjective allegations of partisanship it is sponsoring against Ms Onochie”.

”For the PDP, Ms Onochie’s capacity and effectiveness as a public servant and senior social media professional amounts to partisanship,” he said.

“We equally invite the PDP to query the ‘unquestionable integrity’ of brazen PDP apologists such as Festus Okoye, National Commissioner and Chairman, Information and Voter Education Committee of INEC; Mike Igini, resident electoral commissioner (REC) for Akwa Ibom State, among others.”