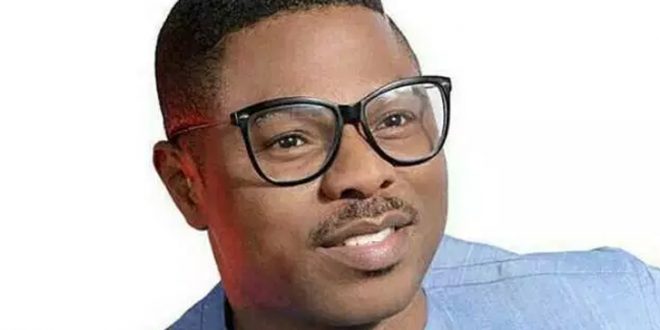 The Nigeria Union of Journalists (NUJ), South West Zone B, has demanded for the identity and punishment of an official of the Nigerian Security and Civil Defence Corps (NSCDC) who physically assaulted ace broadcaster, gospel musician, media enterprenur and journalist, Mr. Yinka Ayefele in lpole-Iloro on Friday 26th August where the journalist had gone to perform for a client.

The NSCDC official was said to have also allegedly made away with an unspecified amount of money belonging to the ace musician.

This came on the heels of a visit to Mr. Ayefele by the State Commandant of the Ekiti chapter of the NSCDC recently where the Corps’ state Boss tendered an apology on behalf of the offending officer to Mr. Ayefele at his Fresh FM office in Ado-Ekiti , Ekiti State capital.

An eye-witness who didn’t want his name in print, but told newsmen about the physical assault on Ayefele in Ipole-Iloro, said: “Yinka Ayefele had played at the burial of Dapo Kolawole’s mother at lpole -lloro. After the performance, he was accosted by a group of thugs who blocked his way with planks and demanded to be “settled”, meaning that the musician should give them money. Men of the NSCDC who were at the scene of the incident could not help as they were outnumbered by the rampaging thugs. This forced Yinka Ayefele to “settle” his way out of the venue. A few metres away from the scene of the incident, Yinka Ayefele was flagged down by a group of NSCDC officials under the pretext of sympathizing with him and this encouraged the rampaging thugs to regroup and made another attempt to collect another round of “settlement” .

“In the ensuing crisis, one of the NSCDC officials who was bearing arms, grabbed Yinka Ayefele’s hands and attempted to snatch a bag containing money in his car and this led to a scuffle between the celebrated musician and the NSCDC official.

“And it appears that the NSCDC official was being overpowered, he rained punches on Ayefele and the musician had his mouth seriously bruised. The NSCDC officer also went away with an unspecified amount of money while Ayefele escaped from the scene with the assistance of his security aides.

Regrettably, Ayefele sustained bruises in his mouth as a result of the punches as the Officers capitalised on his physical predicament to assault, harrass and made away with his money. The Vice-president, NUJ, South West zone, Comrade Ronke Samo , who spoke on behalf of Journalists, urged the NSCDC in Ekiti State to reveal the identity of the officer and also ensure that appropriate punishment is meted out against him for the inappropriate behavior he displayed against the journalist and media entrepreneur.

Samo said: “We condemn in its entirely the inappropriate behaviour allegedly displayed by a yet-to-be identified official of the NSCDC against Mr. Ayefele at the said event. The sad development was a rude shock to the rest of us who are colleagues of Mr. Ayefele. It is the duty of an official of the NSCDC to protect Ayefele at such an event from those rampaging thugs.

“It amounts to unprofessional and criminal act for an official of the NSCDC to now behave like a thug and attempt to snatch a bag containing money from Mr. Ayefele. This is a highly condemnable act which must be published. While we appreciate the Corps’ state commandant’s visit to apologize to Ayefele, we insist that the Corps should ensure that the Identity of the offending officer is exposed and that he should be made to face the music. This will serve as deterrent to others who have such tendency and also give a better image to the NSCDC as a security apparatus that does not allow unprofessional conduct to go unpunished, ” Samo said.

Meanwhile, the state commandant of the NSCDC has visited Yinka Ayefele’s music house in Ado Ekiti to render apology to the musician with a promise to fish out the culprit . He was accompanied by top officials of the Corps. ”

Reacting to the incident, Ayefele had expressed disappointment at the conduct of the NSCDC official, but accepted the apology.