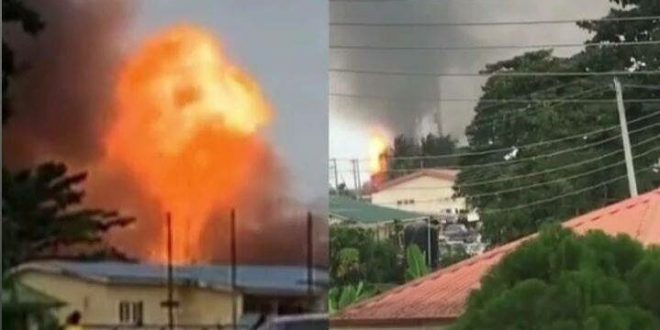 Residents of the Redemption camp inside the Redeemed Christian Church of God are reportedly in panic as an explosion reportedly took place in the area on Monday.

Another report, however, revealed that the explosion was from a gas plant behind the redemption city.

Meanwhile, a video seen on Twitter claims that the explosion took place inside the worship centre.

A resident around the area, Manuel Olayinka wrote on Twitter and said:

“It is NOT INSIDE Redemption camp! The fire did not affect any RCCG facility. It started in a private gas plant and has been contained by team of RCCG, Ogun state and Lagos state/Federal fire fighters.”

Media personality, Deji Adesogan provides more clarification: “It was a gas explosion from a gas plant this morning along the Lagos-Ibadan expressway, close to the camp of RCCG. Emergency response is ongoing + investigation to ascertain the cause.”