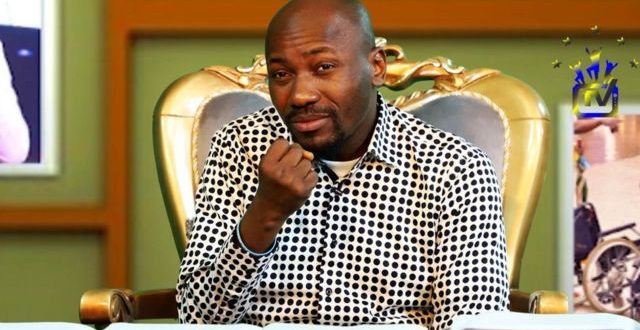 The convoy of Omega Fire ministries founder, Apostle Johnson Suleman was attacked by gunmen on Friday with his four security aides killed.

Sources claimed that the incident happened at Warake road Auchi, Edo state while the clergyman was in transit with his entourage.

His vehicle which was badly damaged had escaped narrowly from the hands of the gunmen with the rims, as the tyres had been shot.

The attack was said to have been an attempted kidnapping.

THE TRACK MAGAZINE ONLINE cannot independently confirm if the Apostle’s first daughter was the little girl shot in the video shared on the social media.

The pastor and the security forces are yet to release an official statement on the incident as at the time of filing this report.