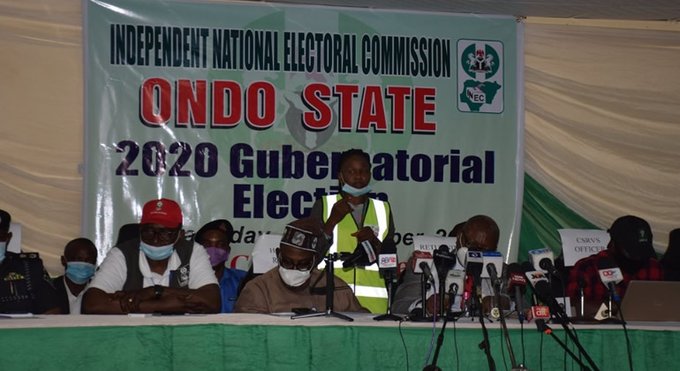 THE recent governorship polls in Edo and Ondo states were a mixed bag of the good and the ugly. The perception of Nigeria as a ‘cash and carry’ democracy was made more evident in those elections. It is indeed disgraceful that 21 years into the Fourth Republic, the winners of political contests are still being determined by the highest bidder with vote buying becoming more frequent in successive elections. This is despite the massive deployment of security agents for elections.

The Centre for Democracy and Development, which observed the September 19 Edo governorship election, reported a high incidence of vote trading. According to the CDD, politicians used young girls to perpetrate the act. It said in its report that votes were traded for Ankara materials, spaghetti and cash ranging from N1,000 to N15,000, Another report by YIAGA Africa confirmed that the Ondo poll on October 10 was characterised by voting-buying and inducement of voters. The group said its observers who monitored the exercise noticed massive vote buying in five local government areas. Unfortunately, there have been only a few reports of arrest of vote buyers despite the tens of thousands of security officials deployed in both elections. All this and more are practised on an industrial scale by all the main parties.

Lyndon Johnson, the 36th President of the United States, once said, “This right to vote is the basic right without which all others are meaningless. It gives people, people as individuals, control over their own destinies.” But vote buying is just one of myriad problems besetting the country’s electoral process. The high cost of nomination and expression of interest forms by the major political parties also encourages corruption. The ruling All Progressives Congress sold nomination forms for N22.5 million, which is non-refundable, while the Peoples Democratic Party sold its forms for N21 million. This is almost equivalent to the three-year salary and allowances of a governor, which is N23.3 million.

The militarisation of election and the grounding of economic activities on election days have also become a nagging issue. Such practices are the characteristics of a country that has failed to develop and do away with the antiquated methodology of military dictatorship. Experiences in the recent past have shown that many security officials take part in compromising the electoral process as seen during the 2018 election in Osun State, where a supplementary election in just seven polling units all but degenerated into a war. Also, in the 2019 governorship election in Rivers State, the Independent National Electoral Commission accused the Nigerian Army of disrupting the process.

But there are smarter and cost-effective ways of conducting elections. Technology has presented humanity with the option of achieving more with fewer resources and in shorter time. INEC’s introduction of a dedicated online portal known as ‘INEC Result Viewing’ that enables people to view results from polling units in real-time on election days also helped make the elections in Edo and Ondo states more transparent and less tense. In the case of Ondo, it had become clear by evening of the polling day that Governor Rotimi Akeredolu was coasting to victory. Indeed, technology is the way to go.

Sadly, however, the President, Major General Muhammadu Buhari (retd.), failed to sign the Electoral Act Amendment Bill – which makes provisions for electronic voting. Buhari had refused to sign the bill in December 2018, claiming it was too close to the 2019 elections but promised to sign it immediately after the polls had ended. Till now, the bill is waiting for his assent, but as the tenure of the Eighth National Assembly had lapsed, that is null and void.

Yet, electronic voting is changing democratic processes all over the world. According to a report by the Brookings Institution, India, the world’s largest democracy, had witnessed electoral malfeasance and violence for several decades, but that soon changed when in 2001, electronic voting was fully adopted. The report states that the use of Electronic Voting Machines led to a significant decline in electoral fraud, strengthened the weaker and the vulnerable sections of the society and made the electoral process more competitive whereby the winning margin and the vote share of the winning party declined.

In sub-Saharan Africa, Namibia has shown the way by adopting the electronic method of voting in its last two elections. Though not without hitches, observers generally agree that its electoral system has greatly improved since the introduction of electronic voting.

Even in Nigeria, the use of electronic voting by the Kaduna State Independent Electoral Commission in May 2018 led to a less rancorous local government election in which the opposition won three LGAs and some councillorship seats, a rarity in local elections in these parts. The Kaduna electoral commission states that electronic voting is cheaper in the end as a machine could be used for three election cycles as opposed to the printing of ballot papers for each election.

The danger of fraudulent elections is that it not only leads to the emergence of the wrong leaders but it also puts too much weight on the shoulders of judges who are often induced by corrupt politicians to dwell on technicalities and turn the law on its head.

Voting in this country must be made to work. Electoral mandates should rest in the people and not the courts. With the general election less than two and one half years away, time is gradually running out. Buhari should do the right thing by ensuring that the Electoral Act is amended in time to enable INEC make the necessary adjustments and properly prepare on time.