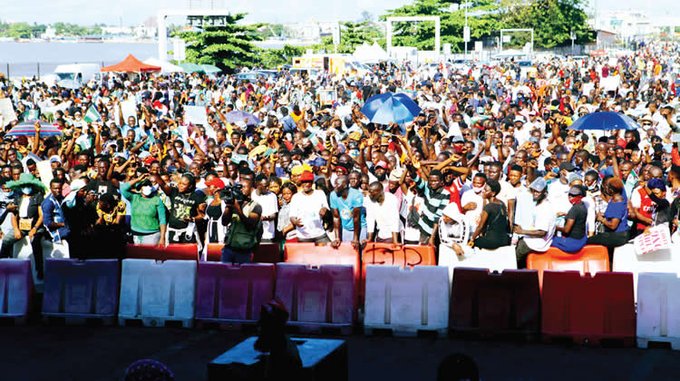 According to the international news platform, the company filed a case against Access Bank in a Federal High Court in Abuja on October 28, 2020 and accused the bank of “unilaterally restricting” its account which was used to raise funds to support independent Nigerian journalists that covered nationwide protests last month.

“As more people contributed to our efforts, we noticed that we could no longer conduct transactions on the dedicated account we used for this particular activity,” the lead strategist for Abuja-based Gatefield, Adewunmi Emoruwa, reportedly said.

The lawsuit will test whether blocking Gatefield’s account without a court order was unlawful. There were other allegations by individuals and organizations on social media that their accounts were restricted during the protests for apparently similar reasons.

“A successful challenge at the court could make the difference for others who were likewise targeted,” Emoruwa added.

Gatefield was told by Access Bank that it was directed by the Central Bank of Nigeria to put restrictions on the account, implemented on October 15, Emoruwa said.

Bloomberg said a spokesman for Access Bank said the bank doesn’t comment on its customers to third parties while a spokesman for the CBN didn’t respond to emails and calls seeking comment.

The nationwide demonstrations against police brutality turned bloody on October 20, 2020 when eyewitnesses claimed soldiers opened fire on protesters, reportedly injuring at least 30 and killing no fewer than seven youths.

The protests were subsequently shelved following statewide curfews and activities of hoodlums who hijacked the situation to loot and burn down public and private structures.