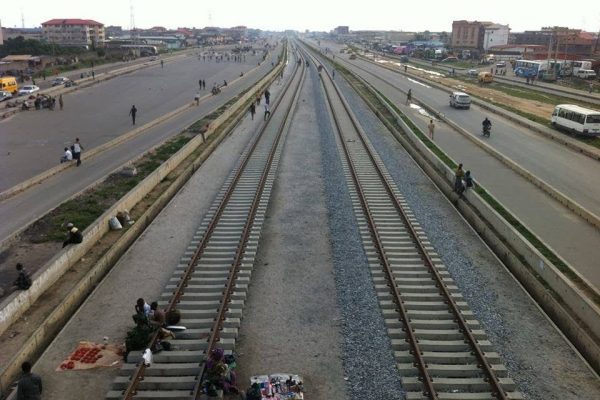 Vehicular and human movements were at standstill on Monday at Ijanikin, Iyana Isashi and Agbara axis on Lagos-Badagry Expressway as angry youths protested against police brutality and the deplorable state of the road.

The News Agency of Nigeria reports that the protesters blocked the expressway with two articulated vehicles at Agbara, preventing vehicles from coming or going out of the area.

NAN reports that the placard-carrying youths also blocked the expressway at Badagry Roundabout, preventing travellers from going to Seme border or Lagos.

Also, students of Adeniran Ogunsanya College of Education, Ijanikin, joined the protest en masse to block the road all the way to Agbara, while some were seen playing table tennis on the expressway.

At Iyana-Era and Iyana Ishashi, some hoodlums also blocked the Badagry Expressway, using the protest to extort money from commercial motorcyclists.

NAN reports that there was no single police check along Badagry-Agbara Expressway, which had up to 15 checkpoints before the protest.

Ovi Kuponu, one of the coordinators of the protest, told newsmen that the youths in Badagry and Agbara came out to protest the deplorable state of the expressway and bad governance.

Kuponu said: “Youths have come out today to tell Nigerians that this is the best time to rewrite the history of the country.

“Today the protest have received support from everyone, as you can see, everyone came out, market men and women from Agbara and Morogbo markets have come out to support us.

“Commercial drivers and commuters plying the roads have parked their cars to support us.

“What we are telling the government is to fix Badagry-Lagos Expressway.”

NAN reports that Lagos State Government is responsible for the Iganmu-Okokomaiko section of the highway, while the Federal Road Maintenance Agency is handling Okokomaiko-Agbara axis of the road.

Also, the Federal Government on October 24, 2018 awarded the reconstruction of the 46km Agbara-Seme section of the Lagos-Badagry Expressway to CGC Nigeria Limited at a sum of N63.2 billion.

The contractor had since abandoned the project.