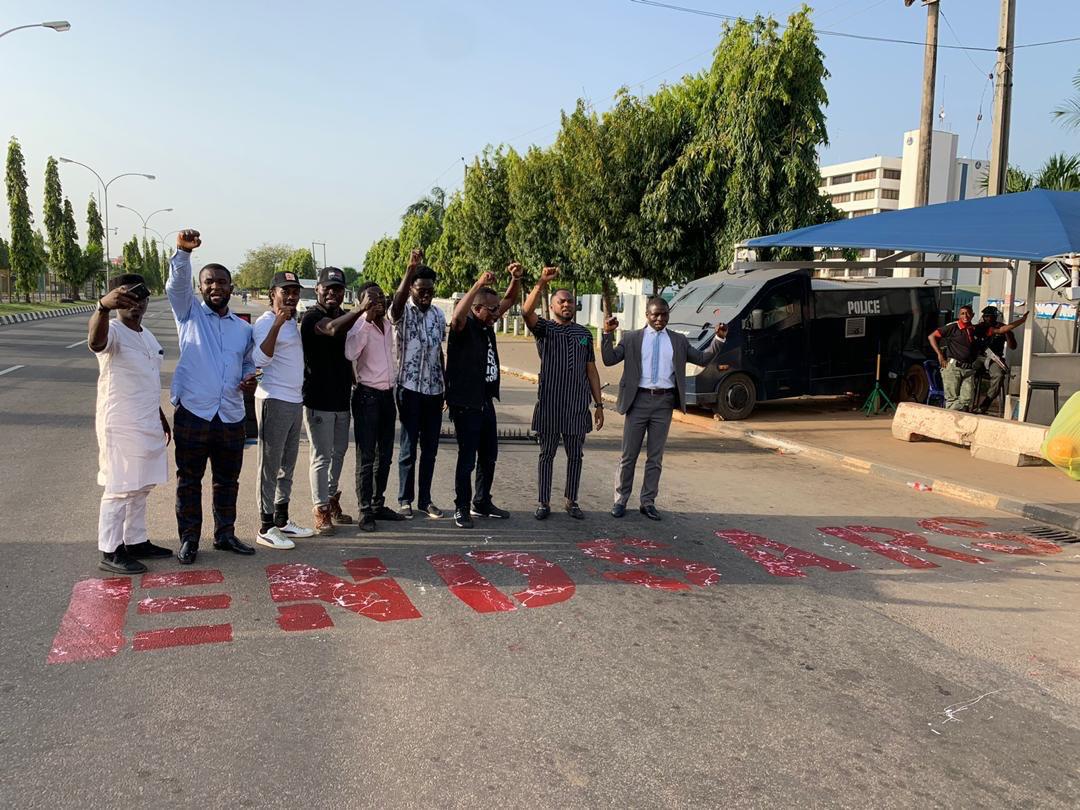 The protesters numbering about 20 visited the Nnamdi Azikiwe International Airport and the Nigeria Police Force headquarters to press home their demands.

They were seen chanting songs and calling on the relevant authorities to end police brutality and bad governance.

They also painted the road opposite the police headquarters with an “End SARS” inscription.

In a post on Twitter, one of the protesters named Adebayo Raphael said we “don’t want audio reforms,” referring to the promise by the government that the police will be reformed.

The demonstration continued as part of a nationwide protest against the now-dissolved special anti-robbery squad (SARS), but metamorphosed into calls for improved governance.

The youth-driven movement gradually died down after various states imposed curfew to curb the violence that trailed the demonstration.

In June, TheCable published a data story detailing how police officers allegedly killed 92 Nigerians within one year, with families of victims still crying for justice.