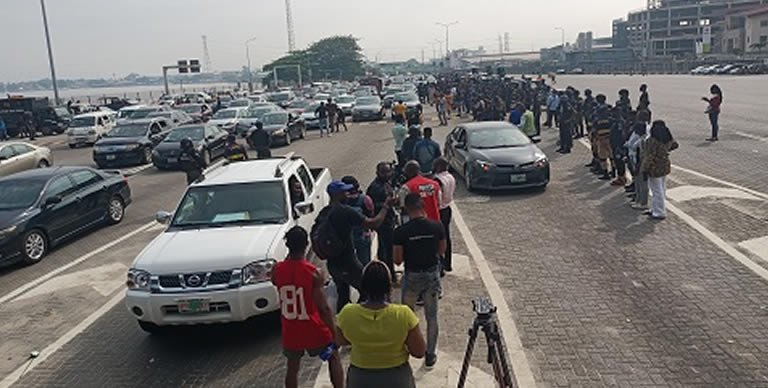 There was a large turnout of protesters at the Lekki tollgate on Wednesday leading to gridlock in the area.

The protesters insisted that some of them were shot at the Lekki tollgate on October 20, 2020.

One of the protesters, who showed scars from the injuries that he secured claimed that he saw three young people being shot.

But the Federal Government had denied that soldiers neither shot nor killed protesters.

However, the protester showed our correspondents covering the events some images on his phone.

The protester who identified himself as AK said, “I was shot. They shot us. I saw three young people on the floor. We were shot. Government is lying.”

Another protester lamented that there was no evidence to show that the banned Special Anti-Robbery Squad is no longer operating.