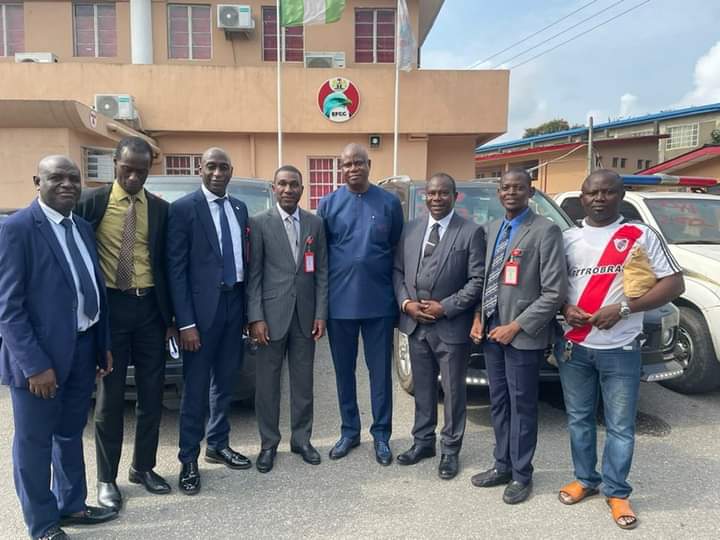 Finally, property recovered from convicted fake army General, Bolarinwa Abiodun, real name is Hassan Kareem Ayinde had been handed over to the Mr. Bamidele Safiriyu Olusegun by the Lagos Zonal office of the Economic and Financial Crimes Commission, EFCC. The Commission has handed over a property located at 1A, Joke Ayo Street, Riverside Estate, Alagbado, Lagos as well as a Range Rover Sport Utility Vehicle, SUV, a black BMW car, a black Toyota Land cruiser car and a white Toyota Hilux.

The convict had posed as an Army General to defraud Olusegun of the sum of N266,500,000 (Two Hundred and Sixty-Six Million, Five Hundred Thousand Naira.

Upon his conviction on July 8, 2022, the trial judge, Justice Oluwatoyin Taiwo of the Special Offences court sitting in Ikeja, Lagos, had sentenced him to seven years imprisonment and also ordered him to forfeit all the proceeds of the crime. According to EFCC Zonal Commander, Ahmed Ghali, while handing over the vehicles on Tuesday, August 23, 2022 at the Lagos Command, the official described the development as a milestone in the fight against corruption and appealed to the people to always provide information to the EFCC to assist it in fighting corruption.

“Finally, justice has been served. Whoever commits a crime will not get away with it. Sooner or later, the arm of the law will always catch up with you. We take pleasure in seeing fraudulent people brought to justice,” Ahmed Ghali said