Federation of journalists moving to secure assistance for Afghan reporters 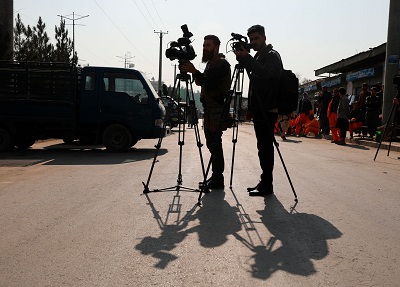 The International Federation of Journalists (IFJ) is seeking assistance for Afghans working for Western media through its partners in the United States, France and Canada.

Commenting on the Dutch Journalist Association (NVJ)’s, the spokesperson called for the provision of asylum to Afghans working for Dutch media.

“Yes, the IFJ supports the NVJ call. Many of our affiliates in UK, USA, France, Canada etc are lobbying their governments in a similar way,’’ the spokesman said.

The IFJ on Thursday launched an international campaign of solidarity with Afghan reporters amid growing threat of violence from the Taliban (terrorist group, banned in Russia).

According to the IFJ, over 1,200 media staffers lost their jobs and at least 30 reporters were killed, wounded or tortured in Afghanistan.

“The IFJ is working urgently with its affiliates the Afghan Independent Journalists’ Association and Afghanistan’s National Journalists Union to provide emergency support to help journalists take protective measures and seek safety,’’ the IFJ said in its statement.