Flying the Olympic flag, Paris looks beyond COVID for 2024 games 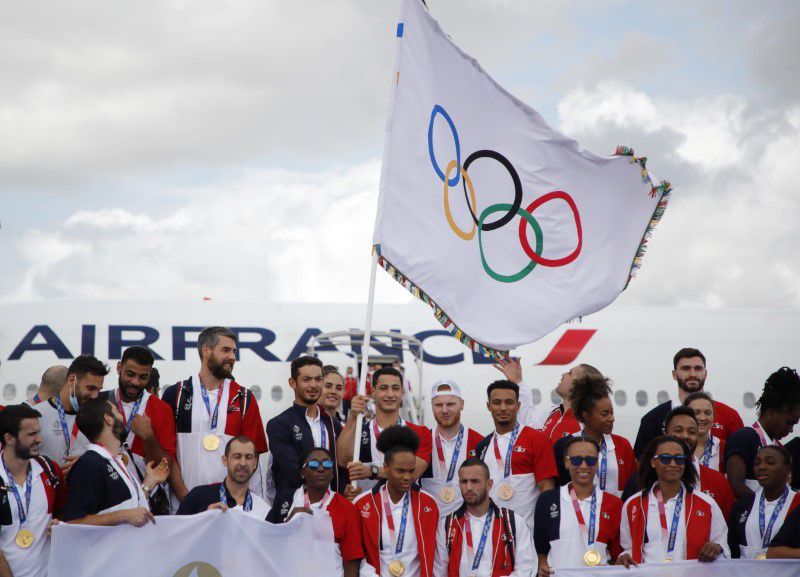 France rolled out the red carpet for the Olympic flag on Monday, with the host of the next 2024 Summer Games promising to make the sporting spectacle open to the masses after a pandemic-hit Tokyo Games held behind closed doors.

Paris Mayor Anne Hidalgo waved the flag which she was handed in Tokyo during the handover ceremony as she stepped out of the aircraft bringing home some of the country’s last athletes.

The 2024 games would be “something very positive for our country. They come at a good moment,” Hidalgo told reporters.

Paris she said had learned many lessons from Tokyo’s experience.

Delayed by a year and upended by strict COVID-19 countermeasures as contagious variants surged back around the world, the 2020 Games fell short of the triumph and financial windfall Japan had wanted.

At Sunday’s handover ceremony, Paris sought to change the tone. Several thousand sports fans thronged a fan zone in the shadow of the Eiffel Tower, whooping and cheering as some Tokyo medalists bounced onstage to a backtrack of

“We want to find ways to open the games to the people,” Paris Games chief Tony Estanguet said on Friday.

Torino vs Empoli: Aina set for 75th Serie A appearance