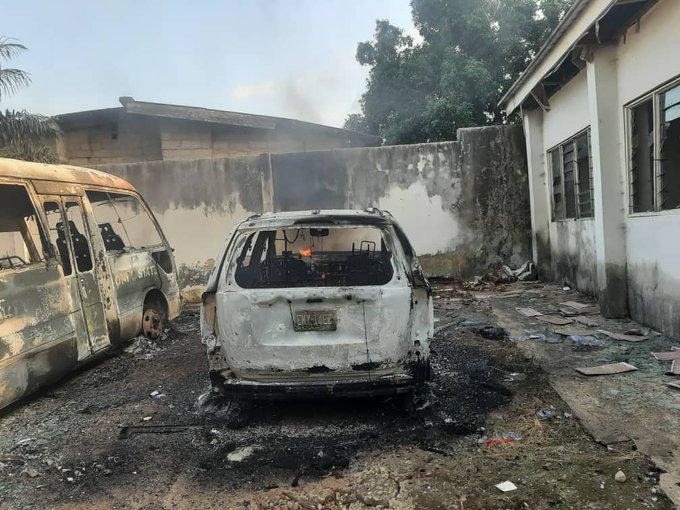 The Ondo Secretariat of the Peoples Democratic Party has been razed by hoodlums in Akure, the state capital.

This is coming less than four hours after the state secretariat of the All Progressives Congress was also torched.

Two vehicles parked within the premises of the Ondo PDP secretariat were razed.

Peretei said it was shocking for the party’s secretariat to be razed few hours after the APC accused it of burning its secretariat.

He said it was a danger to Nigeria’s democracy.