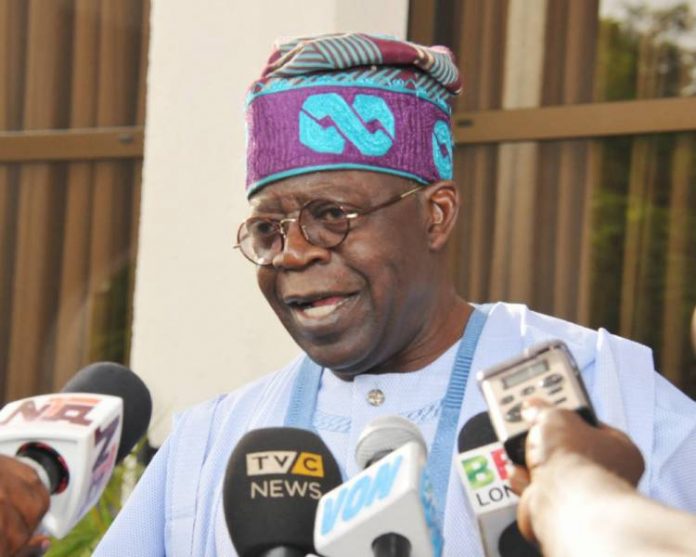 As the 2023 presidential election is a few months away, one of the presidential aspirants and leader of the All Progressives Congress, Asiwaju Bola Tinubu, on Friday, paid a visit to the traditional rulers in the three senatorial districts of Ondo State, seeking their support for his aspiration.

Speaking at the palace of the Deji of Akure, the former governor of Lagos State said he had helped many people in the country to achieve their political goals.

“We helped Buhari sack them (PDP). We supported him to complete his eight-year term and I have told him I want to succeed him. He said I should go ahead, that is why I came to seek the support of the traditional rulers.”

Tinubu promised to solve the various problems of the country if given the opportunity to be the next president.

“Lagos State was the worst state in Africa when I became governor, we generate meagre revenue then but we did our best. Look at Lagos now, it generates over N40 billion in revenue.

“Division is one of the problems in Nigeria too but there is no division in Lagos because any tribe or religion is welcomed as they can contest and win elections. That is why Lagos is thriving.

“Nigeria has the potential to compete with Russia in oil and gas exploration. If we harness our resources properly and if there is stable electricity, Nigeria will also compete with other nations in manufacturing.

“I am here to seek the blessing of our royal fathers for my presidential ambition because I know where the problems are and if given the opportunity in 2023, Nigeria will be ranked among the best nations in the world. I am imploring all eligible voters to get their Permanent Voters Card revalidated for them to exercise their civic responsibilities,” Tinubu stated.

In his response, the Deji of Akure, Oba Aladetoyinbo Aladelusi, described Tinubu as a person who could solve the country’s problems.

In Okitipupa, where Tinubu met with the monarchs at the Ondo South Senatorial District, the Olugbo of Ugboland, Oba Fredrick Obateru-Akinrunta, who spoke on behalf of other traditional rulers, saluted the courage of Tinubu for declaring his presidential ambition, saying he has the charisma and ability to turn the country to a better place.