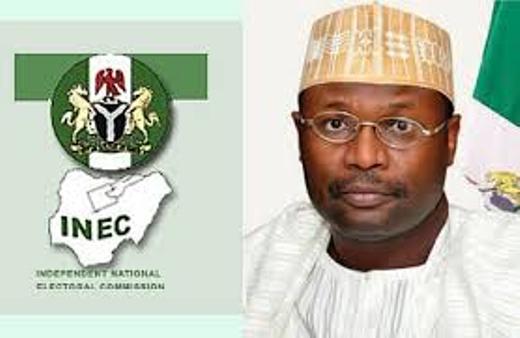 The Independent National Electoral Commission (INEC) has fixed the conduct of six outstanding constituencies by-elections in four states for February 26.

The commission announced this in a statement by Mr Festus Okoye, INEC National Commissioner and Chairman, Information and Voter Education Committee on Friday evening in Abuja.

Okoye said that the decision was taken at INEC regular weekly meeting held on Thursday and an extra-ordinary meeting of Friday, where issues that led to the vacancies and the rescheduling of some of the elections as well as the security situation in some of the states were discussed.

Okoye said that the decision followed the declaration of vacancies by the speaker of the House of Representatives and the speakers of some state houses of assembly.

Okoye said that the by-elections would hold on February 26 immediately after the FCT Area Council elections.

“This will enable the commission to clear most of the by-elections, focus on the Ekiti and Osun governorship elections and ongoing preparations for the 2023 general election,” Okoye said.

He said that INEC decided to combine the Ekiti East 1 State Constituency election with the governorship election in Ekiti, which would hold on June 18.

Okoye also said that the commission was consulting with security agencies and the critical stakeholders relating to the vacancy in Shinkafi State Constituency of Zamfara.

He added that the speaker of the Kaduna State House of Assembly had not declared vacancy in relation to Giwa State Constituency of Kaduna State.

Okoye said that the official notification for the elections would be published on January 24.

“Political Parties shall conduct their primaries, including resolution of disputes arising from the primaries, between January 26 and February 5,” he said.

He added that the last day for submission of list of nominated candidates is on February 9 at 6 p.m. and that must be done through the commission’s online nomination portal.

“The access code for the nomination forms shall be available for collection from February 5 at the commission’s headquarters,” he explained.

He advised parties to comply with INEC timelines and the Electoral Act 2010 (as amended) in conducting transparent and valid direct or indirect primaries.

He warned that any parties that present a candidate who does not meet the qualifications stipulated in the constitution and the Electoral Act shall be guilty of an offence and on conviction shall be liable to a maximum fine of N500,000.

Okoye said that INEC at the meetings also reviewed its preparations for the area council elections in the Federal Capital Territory (FCT) holding on February 12.

He said that INEC was finalising all arrangements for the election.

He appealed to citizens who applied for fresh registration as well as transfers and replacement of the Permanent Voter Cards (PVCs) to immediately collect it and avoid last minute rush for those cards.

He said that PVC for all new registrants as well as requests for transfers and replacement of damaged cards had been printed and were available in all the six area councils of FCT for collection.

“The commission will continue to provide regular update on the preparations for these elections in the days and weeks ahead,” he said.

Okoye also noted that INEC in keeping with its tradition of engaging with stakeholders in the regular quarterly consultative meetings would meet political parties on January 18.

He said that the commission would also meet CSOs on January 19; Inter-Agency Consultative Committee on Election Security (ICCES) on January 20 and media organisations on January 21.

Many Injured As APC Members Fight Dirty During Meeting