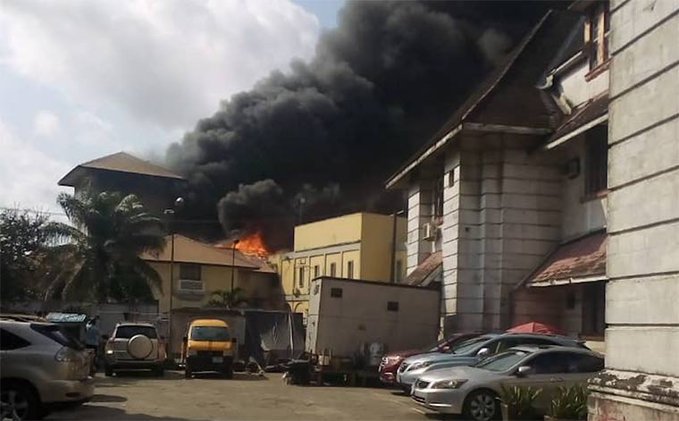 Scores of hoodlums made their way into the Igbosere High Court, Lagos Island on Wednesday, carting away computers, printers, files, fans, air conditioners and other items.

A viral video also shows one of the thugs dressed in a judge’s robe and wig, wielding a machete.

After looting the ‘temple of justice’ the rioters set it on fire before fleeing.

A lawyer, Yinka Aileru, explained to The PUNCH that the loss of documents may not directly affect cases because the Lagos State judiciary had introduced e-filing.

He said, “In Lagos State they introduced the concept of e-filing so all processes are also submitted in soft copy. There is a section where soft copies are scanned. However, I don’t know if the server has been affected.”

Scores of irate youths have in the last eight hours taken over several public buildings in Lagos Island including the Palace of the Oba of Lagos.

The office of the Nigerian Ports Authority was also torched while security officials have been unable to contain the situation.

Earlier in the day, the family home of Governor Babajide Sanwo-Olu was set ablaze.