Nigeria trails 157 countries in COVID-19 vaccination, behind Ghana, Togo, others 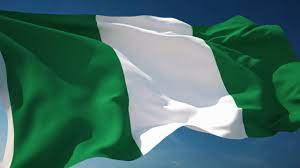 Amid the third wave of COVID-19 infections, only 1,416,623 Nigerians, representing 0.9 per cent of the country’s population, have been fully vaccinated against the deadly virus.

Experts say a nation must vaccinate 70 per cent of its population to achieve herd immunity.

WHO, on its website, describes herd immunity as the indirect protection from an infectious disease that happens when a population is immune either through vaccination or immunity developed through previous infection. However, the agency has yet to take a position on the percentage of vaccinations required for a country to be officially declared as having achieved COVID-19 herd immunity.

Check by The Track magazine online on Friday showed that Nigeria was behind 157 countries around the world in the rate of vaccination against the deadly virus.

Worldwide figures provided by Google News based on data aggregated from Wikipedia, Johns Hopkins University and Our World in Data showed that 4,620,035,352 vaccines had been administered, while 1,257,545,210 (16.2 per cent) people were fully vaccinated.

According to Worldometer, which provides real-time statistics for diverse topics, Nigeria has a population of about 206,139,589.

In Africa, the second most populous nation, Ethiopia with 114,963,588 citizens, had given 2,302,496 vaccine doses, though no data was provided on the number of recipients of either one dose or full vaccination.

The World health Organisation, last week, confirmed to Sunday PUNCH that the Alpha variant of the novel coronavirus, first detected in the United Kingdom, had been reported in 38 African countries, including Nigeria.

Similarly, the Beta variant (B.1.351), first detected in South Africa, has so far been confirmed in 35 African countries, including Nigeria, while the Delta variant has been reported in Nigeria and 25 other nations on the continent.

WHO disclosed that Africa had received 91 million COVID-19 vaccine doses so far, noting that about 24 million people, just 1.7 per cent of Africa’s population, had been vaccinated.

“COVAX aims to deliver 520 million doses to Africa by the end of 2021. Almost 90 million of these doses have now been allocated to African countries and will be delivered by the end of September.”

Medical experts have raised the alarm over vaccine hesitancy, urging the Federal Government to declare a state of emergency on COVID-19 vaccination and stop relying on donations.

According to them, the number of Nigerians hitherto vaccinated is not sufficient to achieve herd immunity.

A medical virologist at Adeleke University, Ede, Osun State, Dr Oladipo Kolawole, in an interview with one of our correspondents, identified the shortage of vaccines globally as one of the reasons why many Nigerians have not been vaccinated.

He, however, advised the Federal Government not to rely on donations of vaccines.

“The inadequate vaccination coverage at present is dependent on donations, and the inadequate supply of the vaccine throughout the world. The government has to intensify efforts to buy some alongside the ones donated to us

“Shortage of vaccine generally is one of the major causes of low vaccination in Nigerian, most of the African countries are, however, experiencing this. The way forward is sharing of the technology and each country should develop its own vaccine research/development capacity along the mass production,” Kolawole said.

Denloye, who is also a professor in the Department of Zoology and Environmental Biology at the Lagos State University, said, “So far, the country has only been able to vaccinate less than two per cent of its population. What does two per cent translate to, compared to the total population of Nigeria? The vaccination rate, which currently stands at 3.9 million, is extremely small, inadequate and it is unacceptable.

“Aside from the non-pharmaceutical protocols, governments across the world and scientists know that the best mitigation against any pandemic is vaccination. For Nigeria to have only succeeded in vaccinating less than two per cent of its population, what we are doing is that we have left our people to the ravages of the COVID-19 pandemic.

“Nigeria, therefore, must declare a state of emergency on vaccination.”

Fowotade cited vaccine hesitancy due to fear of the side effects, ignorance, infodemic (misinformation) as some of the reasons many Nigerians were not vaccinated.

“There is inadequate vaccine supply and the rollout logistics is not encouraging. The other reasons for vaccine hesitancy are poor enlightenment, mistrust of government policy by the people and the dependence of Nigeria on other countries or bodies to help with vaccine supply.

“There is the need for more public enlightenment to encourage people to embrace vaccination. Nigeria also needs to invest in the purchase of large quantities of vaccines that will cover our expansive population,” she said.

Also, the Chairman, Committee on Infectious Disease, Nigerian Medical Association, Lagos, Dr Japhet Olugbogi, called on the Lagos State Government to do more in curbing the surge of cases by enforcing seven-day isolation for people coming into the country from COVID-19 red zones.

Meanwhile, thousands of worshippers, devotees and tourists at the grand finale of the two-week-long Osun Osogbo festival, on Friday, ignored the mandatory use of face marks and observance of social distancing.

Though the state government had said it would enforce the use of face masks and social distancing at the festival, the News Agency of Nigeria reported that worshippers and visitors violated the COVID-19 safety protocols.

On Friday, the Osun State Government, in a statement by its Commissioner for Information and Civic Orientation, Mrs Funke Egbemode, said seven persons had died of COVID-19 in the last two weeks, while 74 cases were recorded within the period.

Expressing concern over the nonchalant attitude of residents to safety protocols, the government said it had become imperative for citizens to consciously take personal responsibility for their own safety because the third wave of the pandemic has berthed in the state.

The commissioner said, “In the last two weeks, the state has recorded 74 cases with seven mortality.  We can no longer afford to treat our protection with levity. We must wear masks religiously and avoid crowded spaces like a plague. It is becoming more obvious that our lives depend on how well we adhere to safety protocols.

“Osun’s daily coronavirus case tallies and mortality rate are becoming alarming. The effects of the virus keep getting worse by the day because our compliance level is deplorable and alarming. Our people need to take responsibility for their own safety, by ensuring that they take the COVID-19 test to be sure of their status, especially when they feel ill.

“Let us leave no chance for costly assumptions and be deliberate about boosting our immunity. Partying and appearances at densely-populated locations has become dangerous all over. We are back to ground zero with the virus, and we cannot continue to pretend like it doesn’t exist. The current statistics signal a precarious situation.”

To date, 180,661 cases have been confirmed and 2,200 deaths have been recorded in 36 states and the Federal Capital Territory.