Of Ada Owere Chieftaincy, Betty’s Pedigree and the Attitude of Altitude 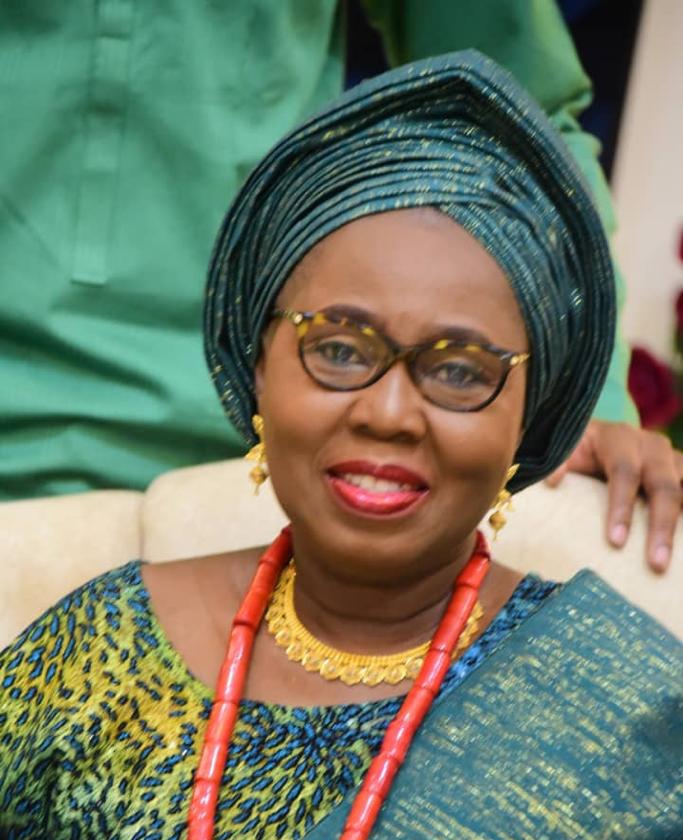 Chief BUB Anyanwu and Nneoma Dora Anyanwu gave their daughter, Betty, everything but the name Ada, despite being the first child, as usual with her kinfolk. Ada, in Igbo parlance, represents the first daughter of a family; the leader, life and light of the family. But for BUB, he would rather have a child prove deserving of a space than, for mere cultural consonance, confer titular robe that would rob its holder of ultimate heights. Betty was, instead, instilled with traits that would shape her lane and lead her unto luster if care was taken.

And indeed, care was taken. Betty set out, shrewdly, carefully carrying herself through the routes. She kept a fixed gaze, avoided both deliberate or accidental dirt that would smear the enviable name BUB had built by rigour. Someone has said, in the words of President Barrack Obama, that “every man is trying to live up to his father’s expectations or to make up for his father’s mistakes.” The former was true of Betty. She had a fine model in a father who would leave nothing to chance in raising a worthy daughter even in a season that had lean reasons for training a girl child.

Betty would not indulge a company or conduct that would distract or make her to fall short of the paterfamilias’ standard. She held to her chest those invaluable instructions that would mould a classic character and set the tone of latter glitters. She has been an unusual daughter. One who, at formative, had set out to be different. She would rather become a loner as a standard II pupil at Emeabiam Central School than allow the slightest stray. She could not but take after the examples of Nneoma Dora Anyanwu who belaboured herself to train other persons’ kids, and, in so doing, became a foster mother to many.

It is true that good parenting laid sturdy foundation for Betty, but certain innate, distinguishing capabilities, such as loving the lost, defending the downtrodden, and bolstering the weak and needy have given her out as a stoutly different personality. She does her things, helping and healing as conscience spells it, and noiselessly too. She became a poster child for compassion, irrespective of who is involved or affected. From the humble Emeabiam, her birthplace, who for her compassion gave the title Ada Emeabiam II, to Owo, the heartland of Yoruba space who won her heart, Betty has impacted in measures unusual.

Impact is the reason Ada Owere, a title never given to anyone before now, was created to honour Betty. The title she won by lifting others is a child of creative consensus among the entire Owerri population of Imo State. Ada Owere is unique and not an all comers’ label; it is meant for one who is unique and of rare acts. The making of the consequential title underwent a rigorous process, and of course, it had to, because by implication, the holder of Ada Owere title is the first daughter of the entire Owerri landscape.

It commenced with the people and monarch of Emeabiam who deemed her qualified and deserving, reviewed by monarchs in Owerri West local government, which comprises of 21 autonomous communities. Satisfied, the Ezes of Owerri West push the theme to Owerri Federal Constituency which houses three local governments – Owerri North, Owerri Municipal and Owerri West, where it was measured on the basis of pedigree and achievements, and eventually approved by over fifty monarchs.

It is rather instructive that this number of traditional rulers had to agree to honour Betty with a tag that places her above all the women of Owerri. One could imagine that the strategic decision could not have meant a cheap one. And that it is the very first time such title is being given says a whole lot. The monarchs, in their numbers, agree that she deserves it. They knew that achievements are of sorts and that Betty’s did not derive from politics, having already achieved substance before becoming a governor’s wife. For them, the profoundity of her contributions to humanity qualified her for the honour.

Meanwhile, beyond the gates of Owerri, Betty is a brand of consequence, deriving from her exploits on the various fronts, in and out of office as the wife of governor. She has wrought evident and lasting difference through life-changing, life-saving and life-enhancing programmes for girls and women alike. She has exhibited rare traits that qualifies her for the rare title. The Owerri people, through this honour, has given a new credence.

Hear Eze David Akujobi Osuagwu, Chairman, Imo Traditional Institutions, Owerri Zone: “Betty Anyanwu-Akeredolu represents a personality that a people rarely have. She has used her time, resources and office to champion the cause of women. We have seen her achieve a whole lot, weilding a lot of influence, impacting lives in Ondo and Imo states and other parts of the country. For us in Owerri, we see her as a great daughter and a worthy Owerri ambassador of Igbo land. She’s a great woman who has represented us very well. It is not a mistake that we are honouring her with the title.”

Betty, through the throes, kept faith with the fine ideals she was inbued with at the
mouldable age, and never to depart from the path of impact even at higher rungs. And by this honour, her constituency has written a letter painted with love. While it shows that Owerri dotes on her in a manner unexampled, the novel honour, done by proven men of honour, should be a keepsake to remind her that her kind acts, unlike her, are immortal.

***Debo Akinbami is the Special Assistant on New Media & Archives to the Governor of Ondo State.