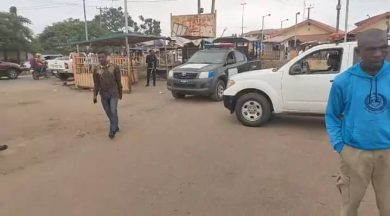 Security operatives have enforced the closure of Isinkan markets and shops on the order of the Ondo state government amidst peaceful atmosphere.

Business activities had earlier took place at Isinkan markets in the morning till 11:00am today. 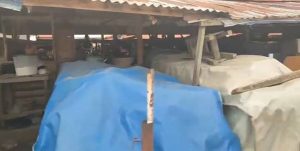 It was learnt that the government intervened by asking both sides to maintain the peace and allow Isinkan markets to be shut down.

This was confirmed by the Iralepo of Isinkan Kingdom, Oba Oluwagbemiga Ajimokunola Olofin-Adimula (Arulewolasi III), who addressed his subjects at his palace and said the market was closed for security reasons.

As at the time of filing this report, security agents are enforcing the closure of Isinkan market.

Markets in most parts of Akure are however shut down to celebrate the festival today as directed by Oba Aladetoyinbo Aladelusi, the Deji of Akure Kingdom.

However speaking on the situation, the Ondo State Police Command Spokesperson, Mrs Funmi Odunlami said it was not the duty of the police to enforce market closure during traditional festival.

Odunlami noted that the duty of the policemen who were at Isinkan area, are to maintain law and order as well as preventing breakdown of peace.