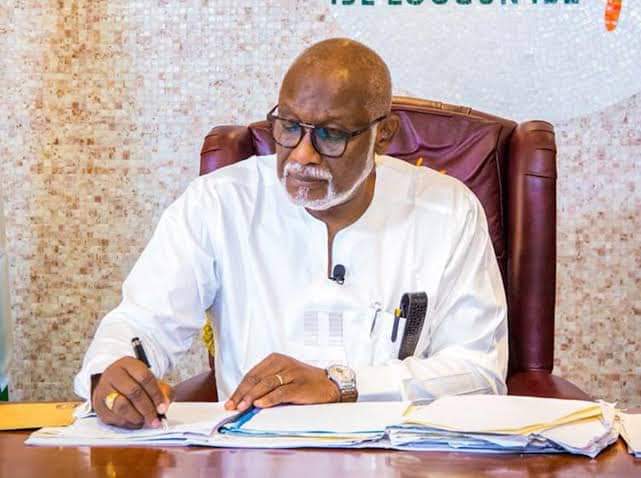 The Ondo State Executive Council has upgraded some Traditional Rulers across the State to different grades.
Similarly, the council also approved the elevation of some Chiefs to the status of Obas in the various communities .
The names and upgraded grades of the affected Monarchs will be published by the government in a white paper which will be made available to members of the public soon.

Meanwhile, few of the Obas upgraded from grade ‘B’ to ‘A’ include: Olowa of Igbara-Oke; Ojomo-Luda of Ijebu-Owo; Owa-Ale of Iyometa; Elemure of Emure; Olupele of Ipele; Alara of Ilara-Mokin; Olujare of Ijare; Olumoru of Imoru; Ogbolu of Itaogbolu; Oloba of Oba-Ile; Odogbo of Omi; Orunja of Odigbo; Okiti of Iju; among others.
Briefing journalists shortly after the weekly State Executive Council meeting on Wednesday, the Commissioner for Information and Orientation, Mrs Bamidele Ademola-Olateju disclosed that the Council equally resolved and regularised disputed stools in the state.
She, however, added that the issue of paramountcy is still pending and awaiting the amendment of the State’s Chieftaincy Law.

“The State EXCO also noted the permit granted for the observance of traditional festivals in the state. The government hereby reiterates that there shall be no closure of markets without the approval of the Governor.
“Where approval is granted, such approval shall be limited to the Oba’s market alone, not shops in residential areas.
“In addition, we discussed the use of Yoruba Language in communication as government interfaces with the people and its officers.

“At the State Executive Council, we decided that we encourage the use of Yoruba or other native languages like Ijaw, Ikale, Ilaje, as the case may be, in our communication”, she said.
Corroborating the submission of Information Commissioner, the Attorney General and Commissioner for Justice, Sir Charles Titiloye said:”You will recall that sometimes ago, Ondo State Government set up Justice Ajama Panel to look into Chieftaincy Matters in the state in which the report was submitted about eight years ago.

“The Arakunrin Oluwarotimi Akeredolu administration has decided to implement the report submitted by that Panel. This has given birth to the recommendations that have been approved by the State Executive Council, to the effect some Obas have been upgraded from grade ‘C’ to ‘B’, and some from B to A.
The Attorney-General, however, said those promoted should await government White Paper on their elevation which will soon be published by government.

Also, Commissioner for Local Government and Chieftaincy Affairs, Mr Akinwumi Sowore and his Energy, Mines and Mineral Resources counterpart, Engr. Razaq Obe, added that government would make the recognition and elevation of traditional rulers a continuous exercise, saying government would soon look into other cases which have not been attended to.