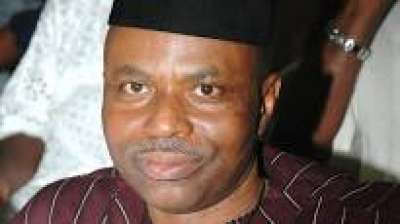 … ‘The place of unwritten pre-poll agreement’

THE 2020 Ondo State Gubernatorial Election came to an end on Sunday when the Independent National Electoral Commission announced Governor Rotimi Akeredolu of the All Progressives Congress as the winner of the election.

Declaring the results, the Chief Returning Officer and Vice-Chancellor of the University of Ibadan, Prof. Idowu Olayinka, said, “I hereby certify that I am the returning officer of the Ondo State election and that the election was conducted and the candidates received the following votes – Oluwarotimi Akeredolu got 292,830, Eyitayo Jegede got 195,791 and Agboola Ajayi got 69,127.

“That Oluwarotimi Akeredolu secured the highest number of votes among the 17 contestants. Moreover, he was expected to score 25 per cent in two-thirds of the state but he scored it across the 18 LGAs.

“Consequently, having satisfied the requirements of the law, I hereby declare Akeredolu as the winner and he is hereby returned elected.”

He also won in Akure North and Ifedore. His loss in Idanre Local Government Area was said to have been as a result of violence and disruption in his strong areas, leading to the cancellation of about 6,000 votes.

In the North, where Akeredolu hails from, both the Akokos and the Owos came to an agreement in renewing his mandate as they voted overwhelmingly for him.

The South also voted Akeredolu and the APC. It was gathered that the South preferred Akeredolu serving out his eight years term for them to produce the next governor in 2024.

The unwritten agreement between the South Senatorial District, Akeredolu and the APC worked perfectly well.

The Independent National Electoral Commission, through its performance, received kudos from the local and international election observers. Except for the little hitch relating to the malfunctioning of card readers, INEC officials were prompt on election day and conducted themselves professionally.

Turnout of voters was impressive and the INEC did not fail in its duty as they attended to voters despite some rainfall in some areas of the state.

The Police and its other sister agencies performed creditably well. Recall that anxiety and tension was loud on ground before the election day. But the police and other security agencies responded promptly to nip in the bud likely outbreak of violence in some areas during the election.

At the end of the day, the results reflected the wishes of the people, according to many of those who spoke to The track magazine in Akure, Ile Oluji and Ondo Town, all in Ondo State. This, they said, was the reason there was no violence at the end of the election.

An election observer, John Awe, who spoke to The track magazine said the Ondo election was an improvement on the Edo election, noting that this meant that there was hope that future elections in the country would be better.

He said, “The performance of the INEC and the security agencies made the Ondo election an improvement on the Edo election. I want to say that INEC and Police in particular did excellently well.

“I must also commend the losers and winners of the election as they were able to abide by the peace accord they signed. Going forward, these are positive signals, and the earlier we start conducting our election through electronic technology, the better.”

Also speaking with The track magazine, the National Chairman of National Conscience Party, Yunusa Tanko, said the conduct of the election was credible, urging President Muhammadu Buhari to continue with his commitment to ensuring free and creditable polls in the country.

“I am happy with what I saw in Ondo. It was an improvement on what took place in Edo. If we say Edo election was good, I want to say that Ondo election was better. Kudos to INEC and the security agencies,” he said.