OSUN APC: Our proceedings not disrupted, we concluded our assignment – Amb. Wazdani 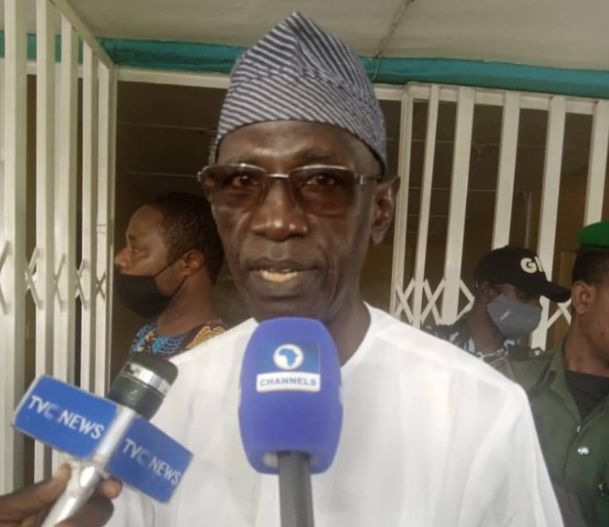 The Chairman of Ward Congress Appeal Committee of the All Progressives Congress in Osun State, Ambassador Obed Wadzani has stated that his committee completed their job at the State Secretariat on Saturday despite the crisis unleashed by aggrieved party members.

InsightMedia has reported that security was tightened at the party secretariat as hoodlums invaded the complex located at Ogo-Oluwa area of Osogbo, the state capital.

However, they were unable to disrupt the committee’s proceedings as members of the committee remained in the complex after the invasion.

After the committee was done, security agents were seen escorting them out of the premises.

Wadzani had on Friday at a press conference revealed that his committee received thirty petitions which had earlier been submitted at the party’s national secretariat. He further revealed on Saturday night that all the petitions were treated today with petitioners legally represented during the proceedings.

Wadzani said, “To let you (our correspondent) know that the Committee’s proceedings were not disrupted. All the Petitioners were invited and they adopted their petitions. Some of them had lawyers or legal representation and the lawyers adopted the petitions on their behalf and we have completed our assignment.”