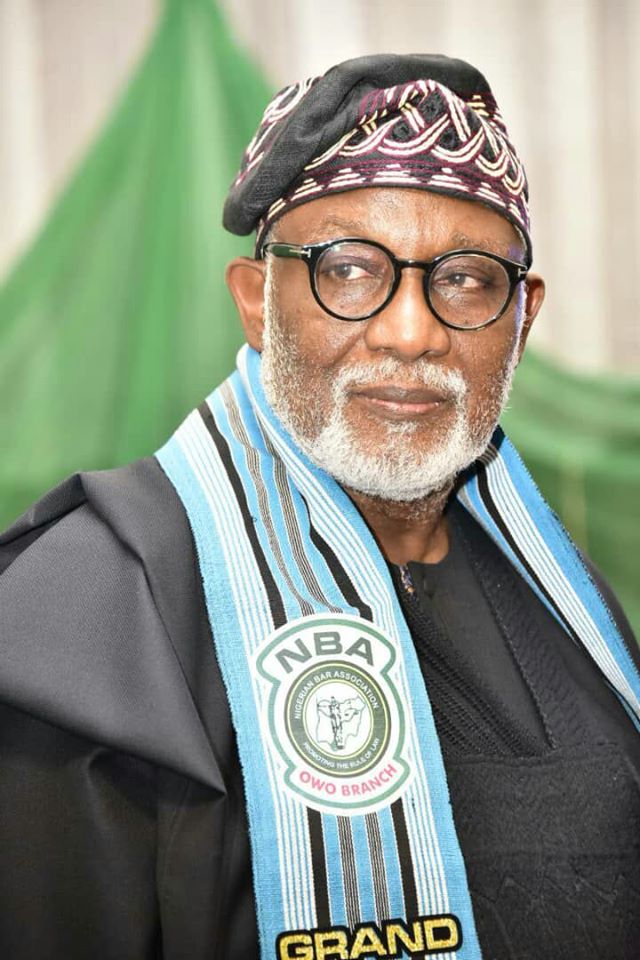 Ondo State Governor, Arakunrin Oluwarotimi Akeredolu,SAN, just a few hours ago, received the unfortunate report of the Plateau state tragedy where some people believed to be indigenes of Ondo State were attacked.

An unconfirmed number of deaths are believed to have been recorded while some are severely injured in the said attack. Their true identity will soon be unraveled.

The Governor says from report he received from his brother Governor in Plateau, the incident was a case of mistaken identity. The victims, according to preliminary reports, took a route where crisis between Muslims and Northern Christians had ensued for some time, and that they may have been possibly, mistaken for aggressors. Accordingly, either of the two feuding groups in the area could be responsible in this regard.

Governor Akeredolu hereby calls for calm among the people of the state, urging that nobody should take law into their hands. He particularly, urges the people to refrain from any hasty colouration of the unfortunate incident.

“I have spoken with my brother Governor in Plateau, and he has assured me that the situation is under control. I want to plead with our people to remain calm. From the report I gathered, it is clear some were killed while many others who are injured have been taken to the hospital for medical attention.

“Let me again, make it clear that i was informed by my colleague that it was indeed, a case of mistaken identity. I want to assure our people living in Plateau that they are not targets of any religion or ethnic crisis. While assuring that justice will be served, I want to plead again that we do not take law into our hands. Let us remain calm.

“I also want to commiserate with the family of all those who have lost their lives in this unfortunate incident. We mourn the departed and feel the pains of their loved ones”, he says.

Governor Akeredolu assures all Indigenes of Ondo state living outside the State of his commitment to their safety.