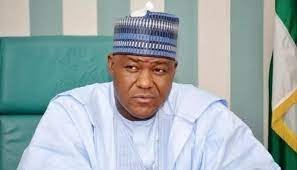 The Commissioner of Police in Bauchi State, Mr Umar Sanda says the command has arrested a retired armourer as it expand investigation into claims by former Speaker House of Representatives, Yakubu Dogara of threats to his life.

Sanda told journalists on Sunday in Bauchi that the arrest of the retired armourer was in respect of allegations of missing rifles from the command’s armoury.

Sanda said he had ordered the audit of the command’s armory, adding that apart from the two rifles intercepted, a rifle has not been accounted for.

“We have expanded our investigations,” he said, adding that the arrested retired armory officer left the service two years ago.

The News Agency of Nigeria (NAN) reports that Dogara had petitioned the Inspector General of Police, accusing two policemen and a civilian of conniving to eliminate him.

“We are yet to confirm the claim because it came from only one person, but we have intensified our investigations,” the police commissioner said.

“We will tell the world the outcome of the investigation once we are through with it, there is nothing to hide,” Sanda added. (NAN