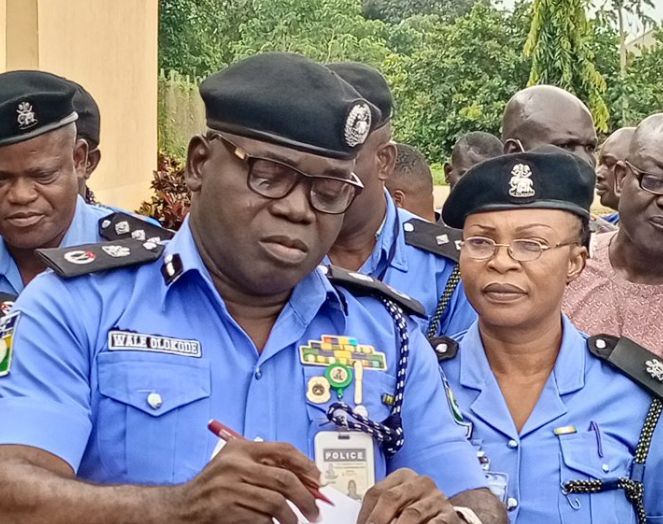 Osun State Command of the Nigerian Police Force has dismissed one of its officers, Sergeant Adamu Garba, who killed an Okada Rider identified as Saheed Olabomi on July 27, 2021.

This was contained in a Press Release signed by the State Police Public Relations Office, SP Opalola Yemisi Olawoyin and made available to the THE TRACK MAGAZINE ONLINE on Saturday in Osogbo.

According to the statement, “The erring officer has been found guilty of the offence and subsequently dismissed from the Force.

READ THE FULL STATEMENT BELOW:

“The general public will recall that on 27th July, 2021, the Commissioner of Police, Osun State Police Command CP Olawale Olokode, psc immediately arrested and detained the Police officer that shot one Saheed Olabomi in Osogbo for disciplinary action.

“As the CP promised, in the best tradition of transparency and accountability that the outcome of the trial will be brought to the public, the Policeman, F/NO.467549 Sergeant Adamu Garba has been tried in Orderly room in line with the laid down Rules and Regulations of the Nigeria Police Disciplinary procedure. The erring officer has been found guilty of the offence and subsequently dismissed from the Force. The orderly room procedure has been forwarded to Police Force Headquarters, Abuja for necessary action towards prosecution. This, he believes will serve as deterrent to other Police officers.

“The Commissioner of Police, CP Olawale Olokode, psc, wishes to apprise the general public, most especially the good people of the State that, he will never condone any act of indiscipline and unprofessional conduct exhibited by any member(s) of the Nigeria Police under his watch.

“He therefore, appeals to the members of the public to be law abiding and be rest assured that justice will prevail.”