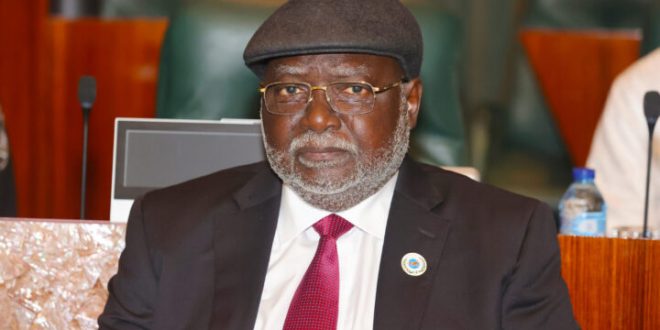 The Senate has confirmed the appointment of Olukayode Ariwoola as the substantive chief justice of Nigeria (CJN).

Ariwoola has been holding the office since the resignation of Ibrahim Muhammad.

Muhammad resigned after 14 justices of the apex court accused him of abandoning his responsibilities as the leader of the court.

In July, President Muhammadu Buhari asked the senate to confirm the appointment of Ariwoola as CJN.

“Pursuant to section 231 (1) of the constitution of the Federal Republic of Nigeria as amended; I forward for confirmation by the Senate of Honourable Justice Olukayode Ariwoola as the chief justice of Nigeria,” Buhari had said.

The upper legislative chamber confirmed Ariwoola as CJN on Wednesday after Abdullahi Gobir, senate leader, moved a motion to screen him in the “committee of the whole”.

The CJN was screened and subsequently confirmed through a voice vote.