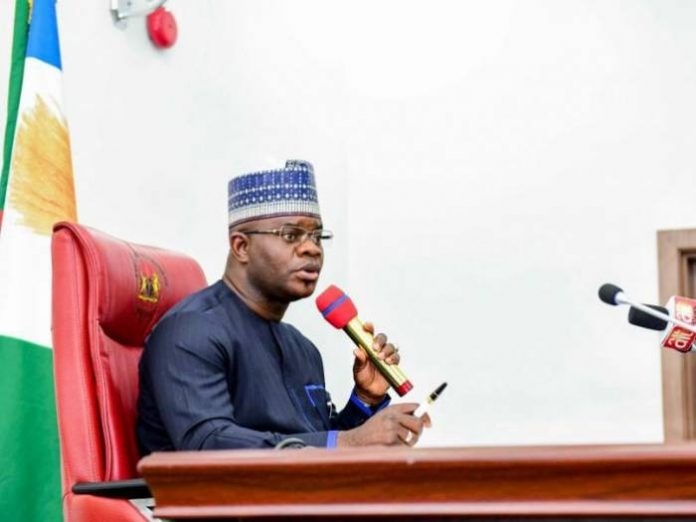 The Tinubu Support Group (TSG) has described Kogi State Governor, Alhaji Yahaya Bello, as a betrayal of Not-too-Young-to-Run Campaign with his shoddy performance in governance.
The TSG stated this against the backdrop of an interview granted a national daily by the governor in which he advised the National Leader of the All Progressives Congress (APC), Asiwaju Bola Ahmed Tinubu, to drop his presidential ambition.

Bello had on Sunday, in an interview with Daily Trust, asked Tinubu to drop his presidential ambition and support him, noting that “ as a son to him, my simple advice is that it is time for him to allow his children to take over the mantle of leadership”.

In a reaction to Bello’s remark, the TSG in a statement signed by its Director General, Umar Ibrahim, said that the governor’s opinion should not be taken seriously.

“All Nigerians can attest to the fact that Governor Bello of Kogi State is a disgrace to the Not-too-Young-to-Run Campaign.

” How do we commit a great nation such as Nigeria to a so-called youthful governor who was given opportunity to lead his state and he messed things up?

” Kogi people are dying daily because of unpaid salaries and misgovernance and you think that’s a criteria for governing a great country like Nigeria.

“It is on record that you, Governor Bello, remains the governor with the highest number of months of unpaid salaries and non performance despite the huge sums of both internal and federally-generated revenues.

“We advise that you channel all your efforts into begging and praying for forgiveness for all the sufferings you have inflicted on the good people of Kogi State rather than eyeing presidency.”

The group also expressed confidence that the party would witness a successful transfer of power from one region to another at the polls in 2023, stating that the national leader of the APC, Bola Tinubu, remains the most qualified and competent candidate to take over from Buhari.