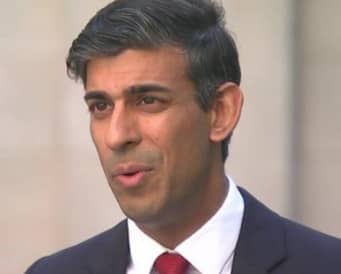 In a statement, Mordaunt stated that Sunak has her “full support” as she withdrew from the race.

She noted that “we all owe it to the country” to get behind him.

The current House of Commons leader had been scrambling to get enough support from members of parliament (MPs) to make the final ballot in the leadership race.

……“This decision is an historic one and shows, once again, the diversity and talent of our party. Rishi has my full support,” Mordaunt tweeted.

Her withdrawal comes hours after former PM, Boris Johnson, pulled out of the race to win his old job back.

FREEZING OF THE STATE GOVERNMENT ACCOUNTS