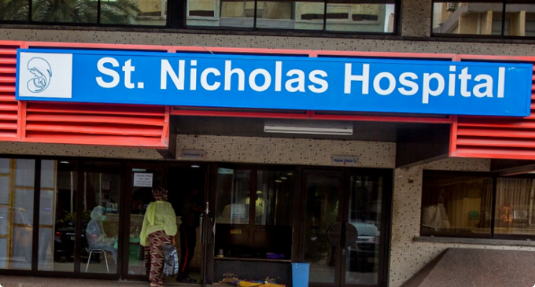 Saint Nicholas Hospital in Lagos has denied admitting Folorunsho Olabisi, who is said to have been one of the protesters who demonstrated against police brutality under the #EndSARS campaign, at any of its facilities.

The young Nigerian allegedly went missing after the shooting at the Lekki tollgate on Tuesday.

Some protesters held their ground, while some scampered to safety, leaving many wounded while others were reported to have died from injuries sustained.

Since the shooting, conflicting reports have emerged on the actual casualties recorded.

On Sunday, there were reports that Olabisi was found by his relatives at the mortuary of St. Nicholas Hospital with three bullet wounds.

Reacting via its Twitter account, the hospital denied admitting the victim at any of its facilities adding that it had no mortuary.

“St. Nicholas Hospital fully identify with the current situation and our sympathy is with the victims of the unfortunate incident,” the tweet reads.

“However, false information, especially at these critical times, should not be encouraged. Please note that the said victim never presented at any of St. Nicholas Hospital facilities.

“Also, St. Nicholas Hospital does not have a mortuary, hence this news is false and should not be encouraged to trend further.”

Babajide Sanwo-Olu, governor of Lagos, had earlier claimed that nobody died from the Lekki shooting.

However, an update provided by the governor said one person died at the Reddington hospital in the state although it had not been ascertained if the victim was a protester.

In an interview on Arise TV on Thursday, the governor said two deaths have been confirmed from the Lekki shooting.